Sika is expanding its presence in Kazakhstan and strengthening its position in two of the country's growth regions. To reinforce existing production operations in Almaty in the southeast of the country, Sika is simultaneously commissioning two further concrete admixture production plants, one in the capital Astana and the other in Atyrau in the west.

The capital of the country, Astana, and Kazakhstan's western region are attractive markets: In the past three years alone, there have been inflows of approximately USD 17 billion into Astana's dynamic construction market. Major projects such as the new Light Rail Transport System of Astana (LRT) and the Abu Dhabi Plaza structure, which will be the highest building in central Asia, are fueling substantial demand for concrete. This applies to the oil and gas industry in the region around Atyrau too. One example is the Prorva access channel, which will connect one of the biggest oil fields in the region – the Tengiz oil field – with the Caspian Sea.

"With Astana and Atyrau, we are tapping into two promising regional markets. This will accelerate our growth in Kazakhstan significantly. At the same time, the new production plants will reinforce our competitive position to a substantial degree, since we will be able to produce locally, in proximity to our customers and with an optimized supply chain." Ivo Schädler, Regional Manager EMEA

Kazakhstan's economy is witnessing a clear uptrend, which is being driven by the rising oil price, increasing Chinese investment, and the state capital expenditure program aimed at greater diversification for the country and reduced dependency on oil. According to estimates, the construction industry is expected to grow by 5.9% in 2018, with annual growth averaging 4.9% until 2022. 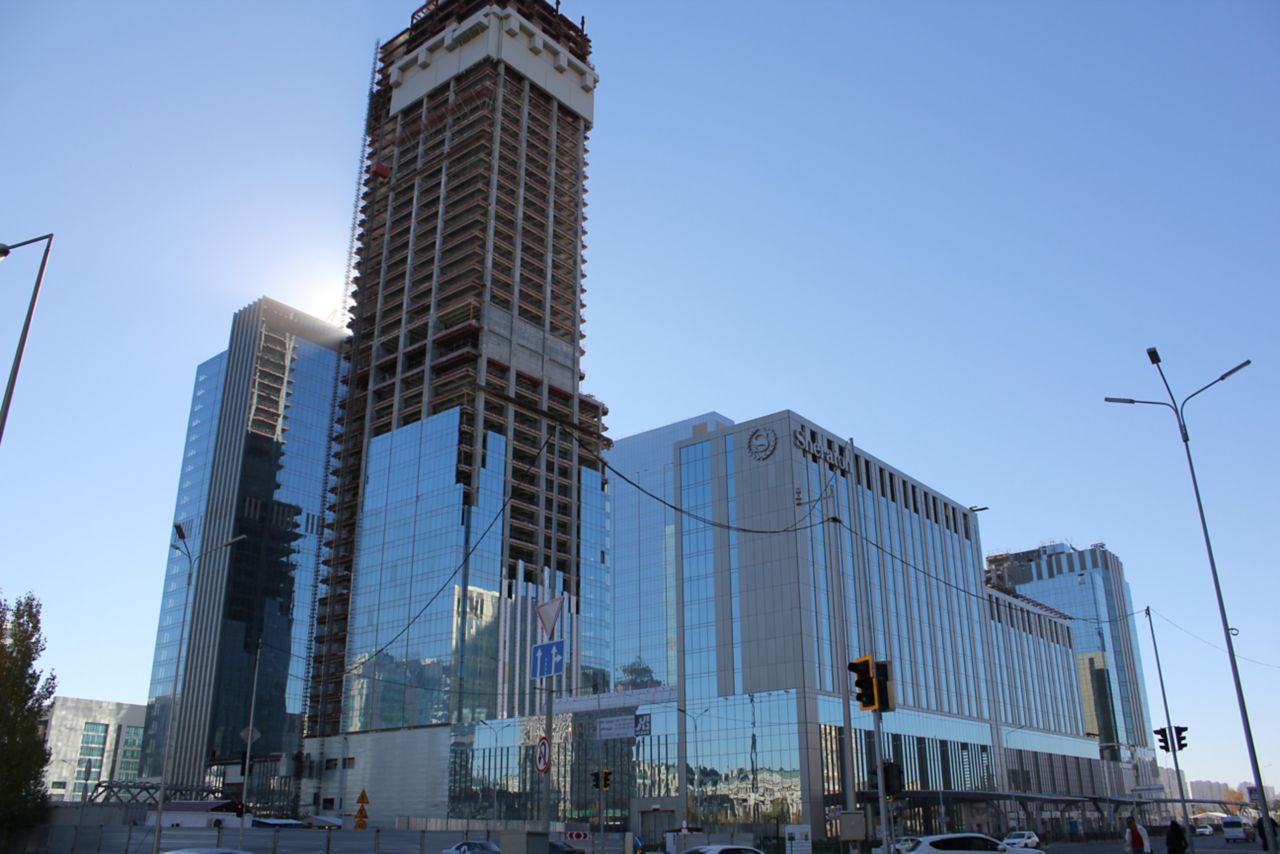 Image: Abu Dhabi Plaza in Astana is currently under construction and when completed will boast the tallest tower in central Asia, at 88 floors and 380m. 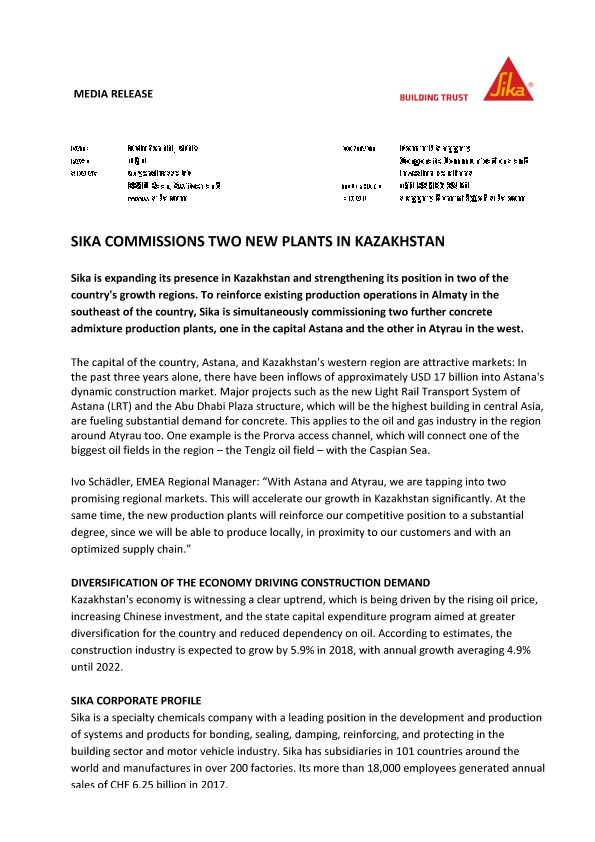 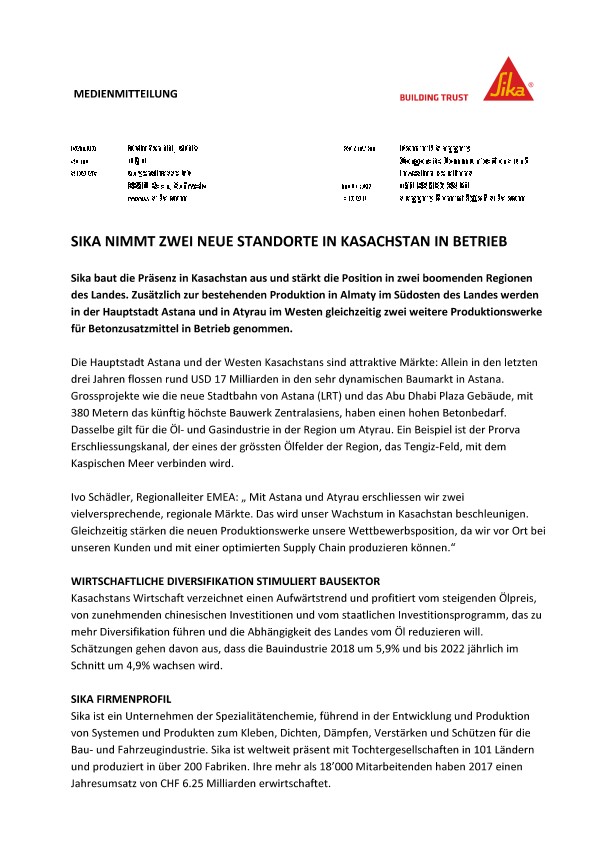