At today's Extraordinary General Meeting of Sika AG the shareholders have approved by a large majority all proposals of the Board of Directors.

In particular the following resolutions were taken:

The creation of unitary registered shares with a nominal value of CHF 0.01 each, the abolishment of the opting-out and the transfer restrictions as well as the cancellation of the Sika registered shares purchased from Schenker-Winkler Holding AG (representing 6.97% of the share capital) by way of a capital reduction in an amount of CHF 106,295.20 to CHF 1,417,811.60 were approved.
Justin Howell was elected as a member of the Board of Directors and of the Nomination and Compensation Committee.
The compensation of the Board of Directors for the terms of office from the Annual General Meeting 2015 to the Annual General Meeting 2019 was approved.
The administrative bodies were granted unconditional discharge.
The special experts committee established by the Annual General Meeting 2015 was withdrawn. 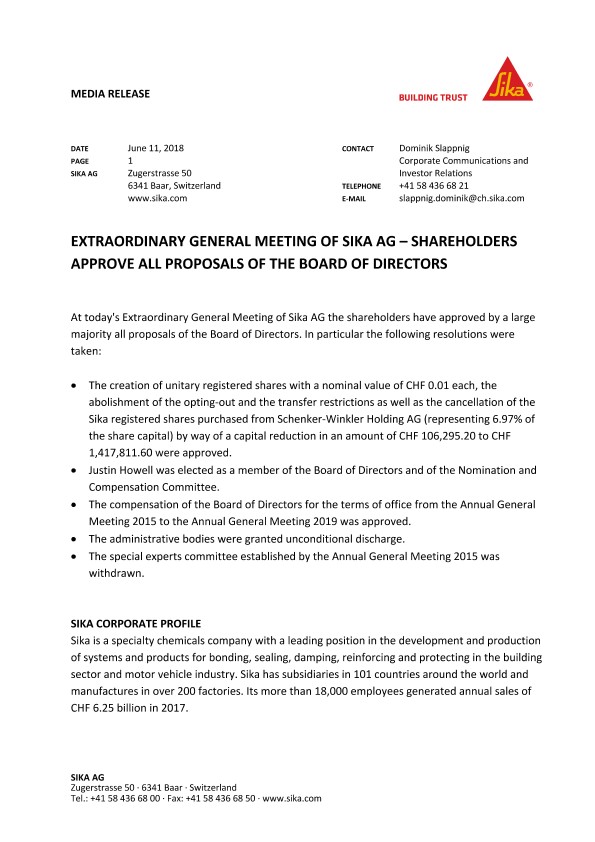 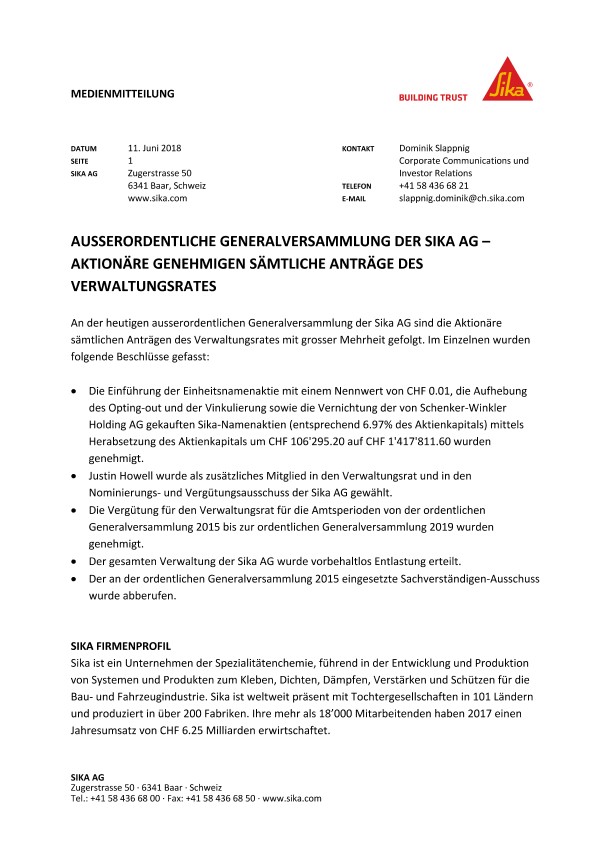